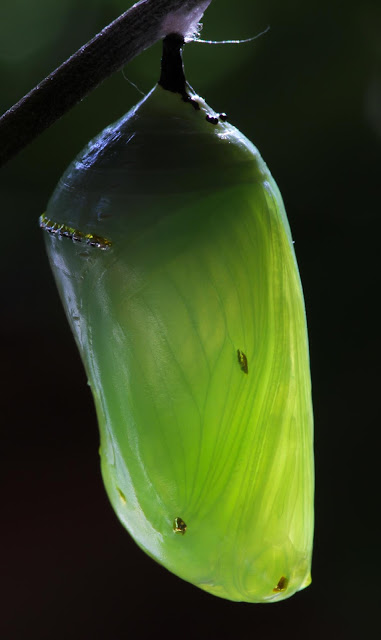 On July 1st, the Monarch Butterfly that I have posted earlier as an egg and then a caterpillar, emerged from its chrysalis.  This picture is from two days after it formed the chrysalis, and shows the beautiful jade green color that the chrysalis has. 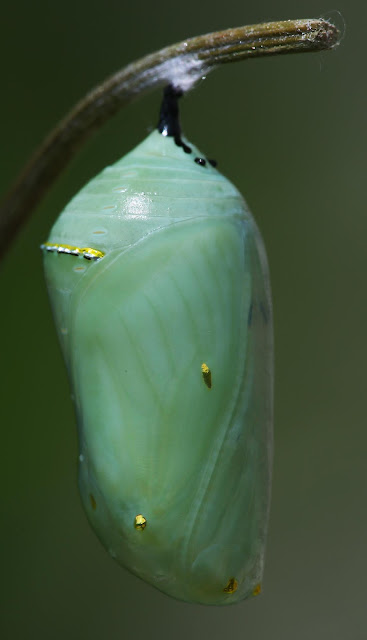 This picture was taken on day eight as a chrysalis.  Tiny areas of color are beginning to  show where the feet and antennae are.

The gold decoration spots are just that and serve no purpose other than camouflage, although they don't look like an attempt to blend in.

The forming butterfly inside is itself green, as the outer skin is completely transparent.  So it needs to make big changes in the next 48 hours to have the bold colors of a Monarch Butterfly. 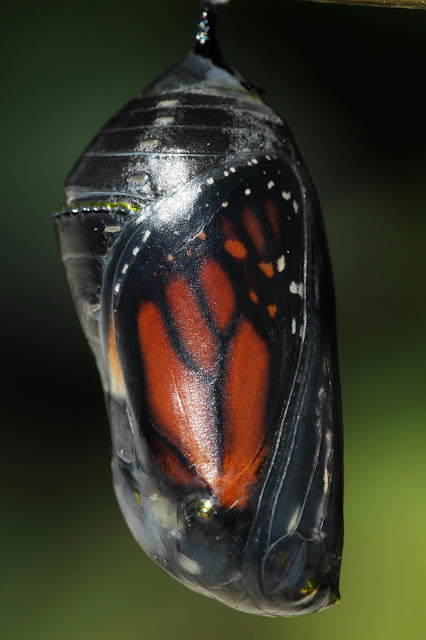 Here is the chrysalis on day 10.  Once the skin looks this clear the butterfly will emerge within an hour.  Lots of color change did happen!

The chrysalis is completely still for the entire ten days, making no movement after the first few hours when it formed.


Now, just before it emerges, small movements can be seen through the camera lens around the legs and head. 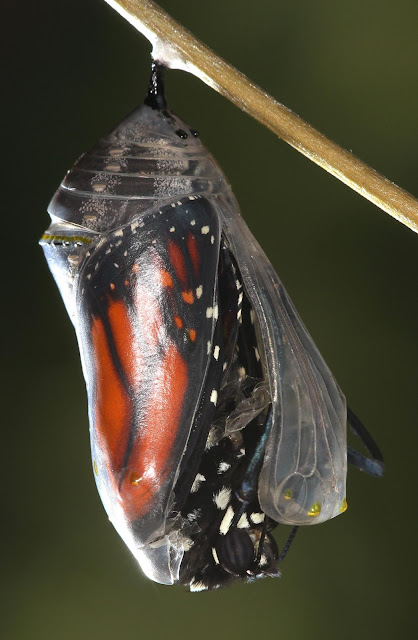 Very quietly the chrysalis skin splits and the butterfly begins to emerge. It hangs on with its feet and pushes its body and wings out of the skin.

In the pictures below the new butterfly drops completely out and struggles to get a leg hold outside the chrysalis skin.

From the instant the chrysalis skin breaks open the butterfly is pumping fluid from its abdoman into the wings, even while it emerges from the chrysalis.

Note how big the abdoman is and how small the wings are in the pictures below.

Within an hour the wings are fully extended, but are very limp, and need to harden. The butterfly turned and moved around quite a bit on the old skin while pumping fluids into its wings. 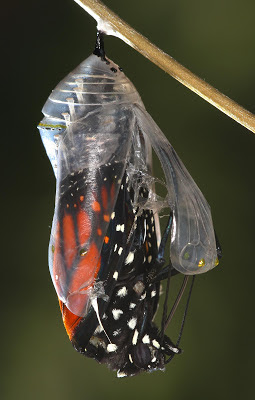 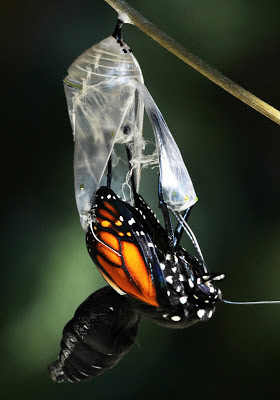 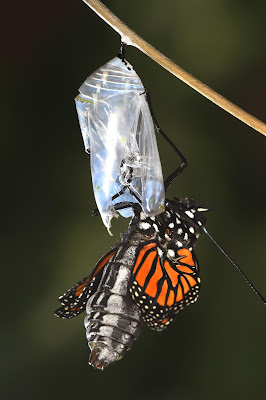 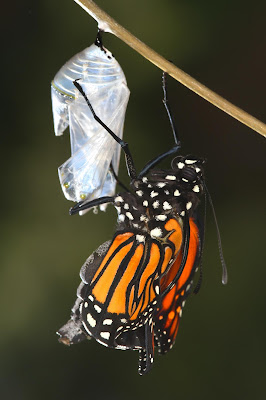 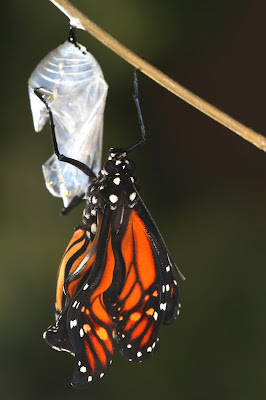 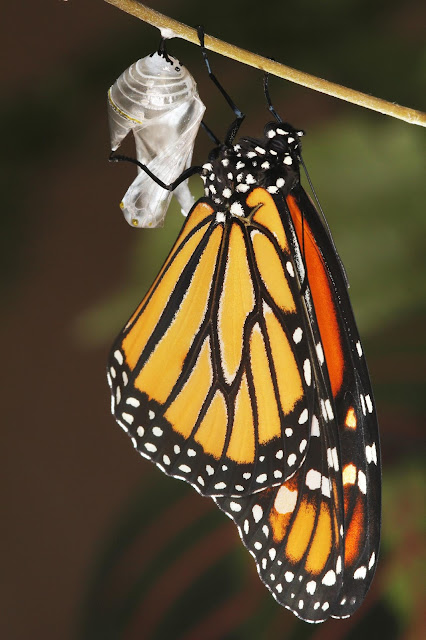 Four hours later the butterfly was opening and closing its wings.  The wings were hard enough for short flights.


I took the butterfly outside and  put it on the wild Vervain in the garden.  After a few seconds it flew off into the sky.


I only had time for a couple of pictures, one below, before it was gone.

It took 27 days for the entire process from egg to flying away as a butterfly.  3 days as an egg, 14 days as a caterpillar, and 10 days as a chrysalis.  With luck, the butterfly will live for several weeks.  Enought time to start the next generation. 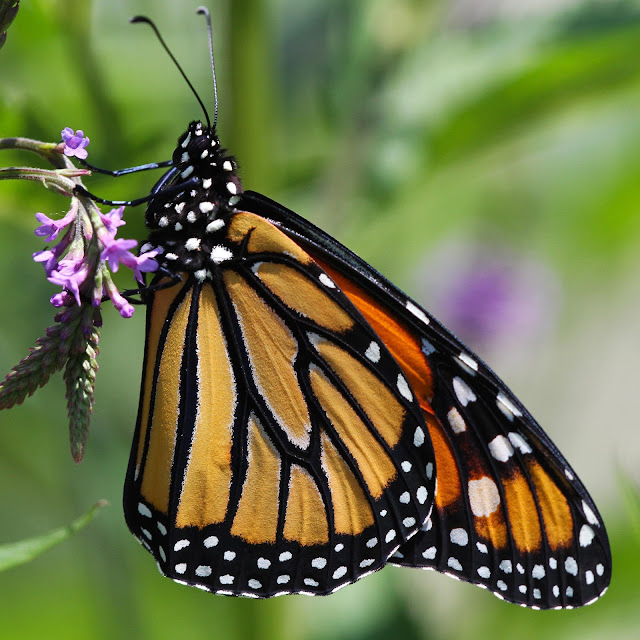 Treeclimber100
Retired Nature Center Director. Still curious about everything in nature. Still learning. Enjoy creating opportunities for others to learn about and experience being in nature.